The Cash App Wheel scheme is an investment where each paying participant brings on two more participants and rewards early participants with funds donated by the subsequent users.

Cash App Wheel Game is a game that allows users to earn money by participating in a cash app circle. The game involves a pyramid scheme-like structure where users invite their friends to join the circle and make money by sharing a percentage of their earnings with those in their circle. The game is also known as the Cash App Circle Money game. [1]

There have also been reports of users losing money in the Cash App Wheel Game, as they needed to recruit more new members to make a profit. Additionally, the game may violate Cash App’s terms of service and result in the user’s account being suspended.

Scam artists always come up with new, cleverer, compelling, and seemingly sincere excuses to steal money. This Circle Scheme is one such.

In this article, we will see how the cash app circle scheme works and how does cash app wheel scheme works. Also, how these scammers trick people, continue reading.

What is a cash app Wheel/Circle scheme?

Let’s suppose there are ten people in the “wheel,” one in the center and the others in the outside circumference. In other words, you invest $200 and receive $1800 from your fellow outer wheelers.[2]

So, your profit is $1600. The wheel splits at the following stage, another person enters the middle circle, the cycle continues, and everyone receives $1800. When you receive your $1600, you are no longer a part of the circle but can rejoin by paying an extra $200.

Due to its simple and user-friendly approach, this fraud is growing in popularity. Send someone a $100 present, and they will offer you either $800 or $1000 in return. Most of the time, you’ll make hundreds of dollars before making a single payment.

Although the Cash App’s money wheel seems authentic, it is not. An illegal business model known as a pyramid scheme involves a network of recruits who assist promoters in increasing their financial gain. This system functions because the program’s developers can make it appear legitimate by using various names and named items.

You will be required to pay the pyramid/circle scammer a specified sum of money, for instance, $100, to have your name included in the outer circle. While you’re in the middle, it cashes out with all the money, and when it is about to cash out, the names in the outer circle move into the inner circle, moving the next person up. After that, people must pay again to join the outer circle.

The “upline” makes the majority of the money. At the same time, the inner circle receives a commission from sales produced by the outer circle to receive a percentage of those sales. If someone contributes, the pyramid advances and is paid. Still, if no one else joins after you have contributed and even advanced, you are not rewarded and have forfeited your initial principal investment.

What is Cash App Flip?

Scammers are targeting vulnerable Cash users also to the Cash App Pyramid Scheme and claiming that they can change the transactions using payment apps like Cash App to double their money.

In exchange for providing them with this alleged “double money service,” they request that the recipient split the initial service charge with them. Once you give them your money, they leave with it and never return.

Read Also: How to Get a return Back If you send it to Wrong Person?

What is a money circle scheme?

A Money Circle is a technique for gathering new members who pay out when attracted. The money circle’s objectives include relationship development and waste reduction.

Members of the group lend resources to one another to pay each other money.

The Money Circle is a pyramid scheme that allows participants to spend money and recruit new members. Each member pays the person in the middle after joining the group.

Cash App Wheel: Why Game is it referred to as a pyramid?

The pyramid is described as a dishonest business model that relies on enlisting a growing number of “investors.”

Is Cash App a scammer’s paradise?

Cash App Flip: Is it a Scam?

Cash App Flips is a successful fraud because it takes advantage of an actual Square giveaway. Take the same precautions if you see a suspicious individual in the street to avoid falling for cash-flip scams on Cash App and other platforms. In-person, it may be simpler to identify scam red flags than online.

A: Cash App may offer promotions or bonuses for specific actions, such as referring friends to the app or participating in a cash boost. However, there is no guarantee of receiving free money through the app, and any offers should be researched before participating.

A: If you believe you have been scammed on Cash App, it is recommended to contact Cash App’s support team immediately. They may be able to assist in recovering any lost funds and take action against the scammer. Additionally, it is essential to report any suspicious activity to local authorities.

A: Cash App uses security measures such as encryption and two-factor authentication to protect users’ information and transactions. However, users need to take personal responsibility for their account security by creating strong passwords and never sharing personal information or payment information with anyone. Additionally, always be mindful of suspicious activity and report it to Cash App and local authorities to minimize the risk of scams.

By disclosing your Cash App tag, might you be conned?

Users of the Cash App and their $cashtags on social networking sites like Instagram, YouTube, and Twitter are the targets of scammers. According to the Better Business Bureau, these scams have started to take the place of ones that use prepaid debit cards or wire transfers and block victims as soon as they transmit the money.

What is currency trading?

If a customer messages the profile, they will get a reply with instructions on how to buy a prepaid debit card from a nearby convenience store, load money onto the card, and then provide the “investor” their card information and pin so they can turn the money over for them.

There are numerous trustworthy MLM businesses, like Amway, Herbalife, Avon Products, Vorwerk, and numerous others. Fake MLM schemes, on the other hand, are typical and prey on financially precarious people. Recruiters frequently use the clichéd copypasta “we’re not a pyramid scheme” to persuade people. Save yourself and your money by not falling for such a scam.[3]

It is up to the individual to weigh the potential risks and rewards before participating in the Cash App Wheel Game or any similar pyramid scheme. It is always recommended to be cautious and research potential money-making opportunities before committing to them. 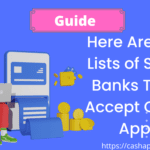 What is a Cash app business account? Updated Ans 2023 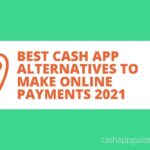 Meet the author of Cash App Guide, a financial expert and blogger with years of experience in the industry. With a passion for helping others navigate the world of personal finance, this author has dedicated their time and expertise to creating helpful and informative content for the Cash App community. From tips on budgeting and saving to reviews of the latest Cash App features, this author is dedicated to providing valuable insights and advice for anyone looking to make the most of their money. Whether you're a new Cash App user or a seasoned pro, this author's knowledge and experience is sure to be a valuable resource in your financial journey.